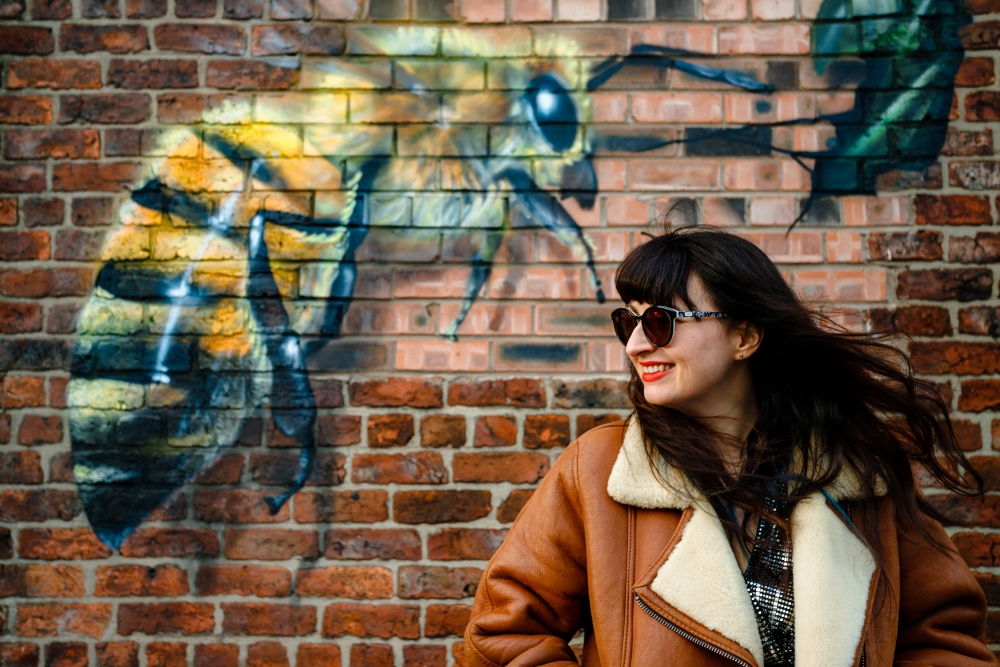 If you want to find Shell Zenner, look for a dedicated fan in a vintage dress who is always chasing down the shivery thrill of new music and then telling people about it. That’s her life! A friendly face for touring bands,
She can be found on Amazing Radio, on XS Manchester, flying the flag for BBC Introducing on BBC Radios Manchester and Leeds, and elsewhere on both local and national radio talking about a myriad of music related subjects such as vinyl sales, national album day, recordstore day and her fave new artists and records. She’s presented on BBC 6 Music sitting in for Tom Robinson and has featured on Radio X, Talk Radio and even reported live from her tent at Leeds Festival!

You can find her on YouTube (Trashed TV, Show Stream UK and on her own channel), Djing for festivals such as Off The Record and Bluedot Festival, compering stages for MIF and Music:Leeds, interviewing artists like The Magic Gang and Dave Rowntree at Soundcity , judging talent and applications for PRS and appearing on and hosting panels at Industry events such as BBC Introducing Live.

A seasoned producer for BBC Introducing, she’s an expert at curating playlists, booking artists and co-ordinating outside broadcasts - including two 2019 simulcasts, one that aired across 39 BBC Local stations from the BBC Introducing Live event and another from Leeds Festival that aired over five different BBC local stations. In addition, she teaches at Soundcity, Off The Record, Merseyrail Soundstation and previously lectured at BIMM. In her spare time (ha!), she puts on bands at a night called #Freevibes in Manchester in co-ordination with Band On The Wall.