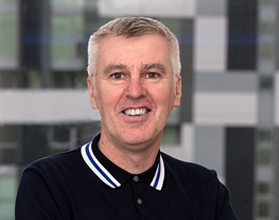 Kevin McManus is currently Head of UNESCO City of Music for Liverpool.

Prior to this, he was the Curator at the British Music Experience in Liverpool, the UK’s only national museum of rock and pop music.

Kevin has been involved in music since he began writing for the influential music paper New Musical Express (NME) when he was 18. As well as writing for NME his music journalism career also included writing for The Face, ID, and Mixmag.

He went on to work for the University of Liverpool where he wrote a number of books about Liverpool music history and the social and economic context in which it was made.